Please enjoy some photos taken from the 2013 St. Patrick’s Day parade on Achill Island featuring the Dooagh Pipe Band. Even though the conditions on the day were not the best, it was still a very enjoyable day. Temperatures were around 7C and the weather alternated between sunshine, gales and showers. The band marched a shorter route on the parade back to Dooagh. The day was marked by the appearance of the Clew Bay Pipe Band at Pollagh Church and the appearance of Batman and Robin. 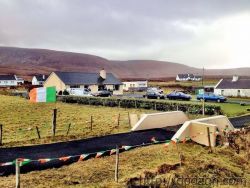 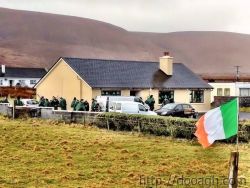 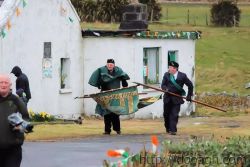 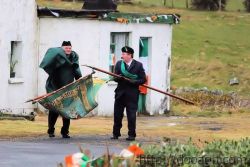 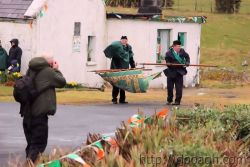 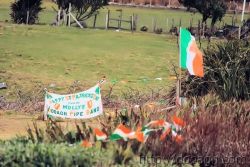 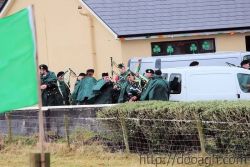 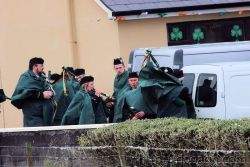 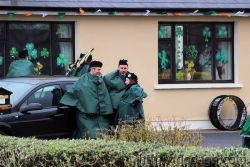 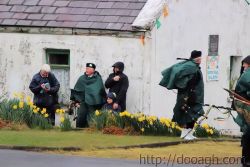 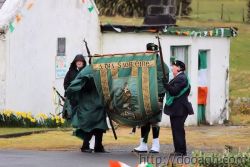 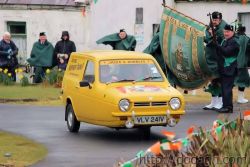 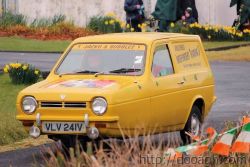 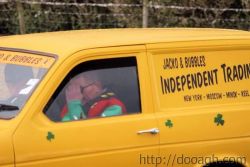 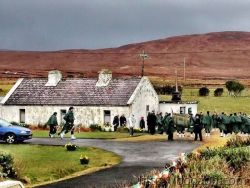 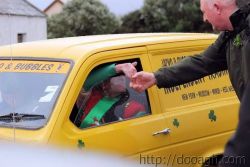 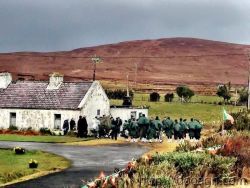 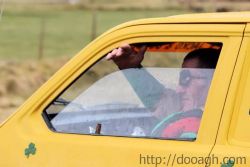 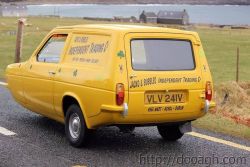 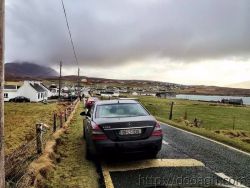